Student Loan Debt and Bankruptcy: What You Need to Know

With school starting up again, student loans are probably weighing heavily on your mind. More jobs today require college degrees than in previous years, and the cost to attend a four-year college or university is only rising, even with COVID limiting in-person classes. According to the Institute of College Access and Success, the average loan for the class of 2018 was $29,200 and over 45 million borrowers in the United States collectively owe nearly $1.6 trillion in debt; that’s the second largest consumer debt category, only behind mortgage debt. Plenty of people struggle to make their loan payments each month, leading many to consider bankruptcy.

What most people don’t realize is this: as the current law stands most student loans cannot be discharged in bankruptcy. In order to even attempt to try and discharge them, you must file adversary proceedings claiming that the loans are an undue hardship, which can be hard to prove. In order to show undue hardship, you’ll probably need a lawyer who specializes in student loans, you’ll need to provide evidence of your circumstances, as well as expert testimony that your loans are too high, all of which can get extremely pricey. Also, many courts see it as an all-or-nothing; either they will discharge your whole student loan, or none of it. This means that the stakes are high, the costs are high, and there’s a pretty high chance the loan won’t be discharged at all, leaving you in a worse situation than before.

However, there might be some hope on the horizon. A case is currently coming up in the appeals process that might allow student loans up to $200,000 to be discharged in bankruptcy proceedings. In the recent case McDaniel v. Navient, a former student tried to discharge her loans in bankruptcy, only to be denied and also be served with interest fees that accrued during her bankruptcy. She sued the collection agency, and the case made its way up to the United States Court of Appeals.

On September 2, 2020, the court held that the loans were not actually “an obligation to repay funds received as an educational benefit” within the meaning of the bankruptcy code because they “were not made solely for the ‘cost of attendance’” at the borrower’s school.This could signal to other courts that “undue hardship” will no longer be the determining factor to discharge the debt. This allowed her to discharge up to $200,000 of debt in her bankruptcy filing.

As of now, student loans are still hard to discharge in bankruptcy, and remain one of the bigger hurdles for those in financial straits. However, this ruling shows that hope might be on the horizon.

We’re here to help you as best we can, so you can get back on your feet. If you think you might need to bankruptcy, call us at (951) 304-3431 or email us at firm@ashcraftfirm.com, and we can begin your qualification process today!

The Not-So Silent Threat to Your Estate Plan 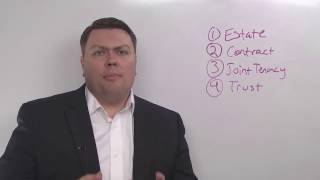